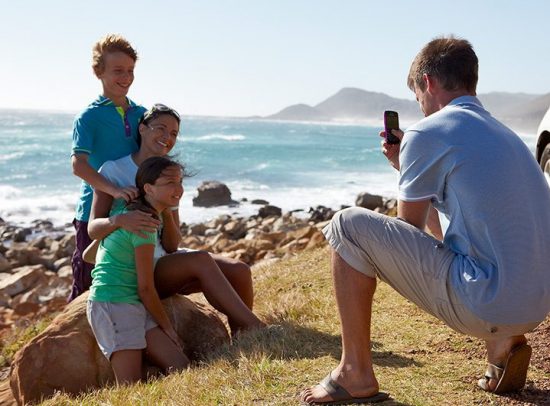 As staycations continue to grow in popularity this summer, parents are putting the brakes on holidays abroad and opting to take a trip down memory lane.

Dubbed the ‘staycation nation’ almost two thirds of Brits will holiday in the UK this summer and it seems parents are getting nostalgic, according to insurer 1st Central.

Choosing the family holiday hotspot for 2018 based on sentimental feelings rather than online reviews, nearly two thirds of parents (58 per cent) want to keep family traditions alive by taking their kids back to the UK holiday destinations of their youth. Interestingly, more than half (52 per cent) of families trekking across the UK will come from the north east of England.

The research reveals this trend not only applies to choosing a destination but also to the journey there. From the moment the kids are strapped in and the boot is full, the holiday road trip is going retro.

From stopping at the same service station they used to as kids (28 per cent) to stopping en route to recreate old family pictures in exactly the same spot (25 per cent), parents are giving their kids a snapshot into their own childhood this Summer.

Mapping holidays based on memories rather than GPS, parents are quite literally taking a trip down memory lane but this often results in them getting lost.

More than a third (34 per cent) of parents have taken the short cuts their parents used to and as a result, have wound up getting lost after forgetting the route.

Parents admit that road trips are an opportunity to not only reconnect with their kids, but also to enforce a digital detox (23 per cent). Old school car games are the perfect solution for nostalgic parents and bored kids.

Unsurprisingly ‘I spy’ has survived the test of time and is still in pole position as the most popular game to play on a road trip.