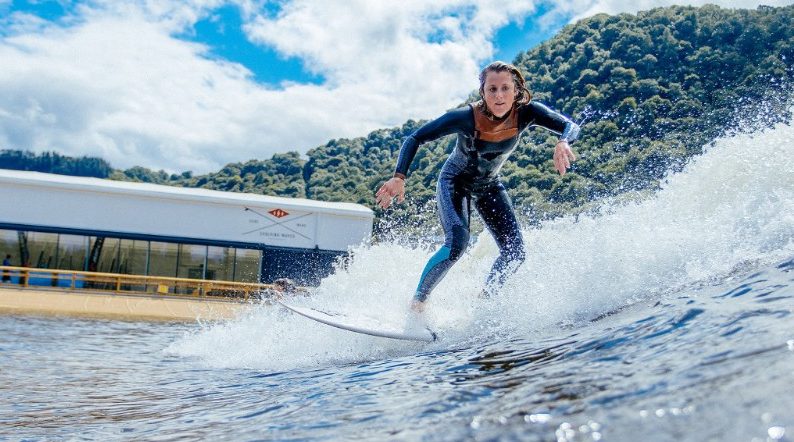 North Wales and the award-winning Conwy County  is renowned around the globe as a destination for extreme sports and adventure.

In 2017 the adrenalin-fuelled region was named among the top places in the world to visit according to Lonely Planet’s annual ‘Best in Travel’ list – a roll of honour compiled by a panel of the travel guide’s writers and experts. It was the only UK destination to make the grade.

North Wales was praised for its host of new adventure attractions that have reinvented the area in recent years including Zip World, Bounce Below and Surf Snowdonia. It is fitting that all three of those destinations have now joined forces with another of the region’s top draws for thrill seekers: Dayinsure Wales Rally GB (4-7 October).

Britain’s legendary round of the FIA World Rally Championship attracts more than 100,000 visitors to the region and a massive global TV audience of 73 million viewers in 150+ countries. Now many of them will be given a further insight into what north Wales has to offer.

As already announced, Friday’s schedule includes an exciting new double-header speed test at Slate Mountain, a spectacular location set high-up on the roof of Snowdonia just north of Blaenau Ffestiniog. As well as welcoming the WRC action, Slate Mountain is home to Zip World’s first four-person zip line and Bounce Below, a network of giant trampolines rigged together in underground caverns.

Surf Snowdonia, a trailblazing inland surfing lake set in the scenic Conwy Valley, now joins the rally route with a Sunday morning stop off. All the WRC stars and cars will visit the venue as they draw breath for the rally’s historic grand finale: the ground-breaking speed test which will see crews racing around the iconic Great Orme and then onto closed sections of public streets in central Llandudno.

Admission to the regroup at Surf Snowdonia is absolutely free and, while at the state-of-the-art venue, visitors will be able to savour both the latest generation of more powerful WRC cars as well as the world-first inland surf lagoon. Moreover, with a bar and diner plus the availability of glamping pods, it is a magnificent setting to spend time or even stay over.

“Part of the value of hosting the rally is the spotlight that we can shine on a region and the other activities available there.  We know for a fact that lots of rally visitors come back with their families at a later date, so working in partnership with these other attractions makes a lot of sense.” said Ben Taylor, Managing Director of Dayinsure Wales Rally GB.

Andy Ainscough, Managing Director of Surf Snowdonia, is delighted that the WRC is coming to his innovative attraction saying, “We’re big fans of Dayinsure Wales Rally GB and really excited to be hosting another world-class event for north Wales.”

“This again highlights Conwy County is the right environment for great events, which are a Corporate Priority as laid out in the Events Strategy 2018-2022. Thank you Dayinsure Wales Rally GB for the worldwide media coverage.”